Our two babies by Magico are for sale! The filly definitely inherited her daddy’s movement, and the colt took his mama’s quickness. (I’m sure hoping someone will train him for barrel racing!) Check them out!

Had a great weekend with the horses.  Savannah, Anna, and Isaias all had great rides on Ganador.  He’s really doing a great job.  We took a trail ride with Carla and her family.  Carla rode her awesome pony Capricho, I rode the Baldera’s horse Karamelo, and Pedro rode Jajan.  Pedro and I got to ride horses that had so much energy that we danced the whole time!  Lots of fun! 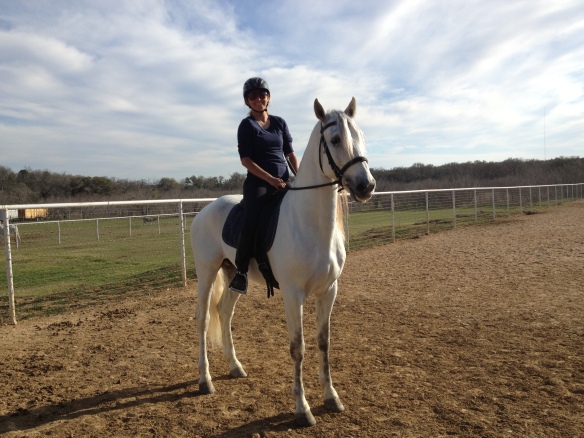 Okay, I’m a little behind, but I just got my IALHA Magazine and I realized I have not posted our results from Nationals on our website.  We had a great show with all the kids.  It was so much fun watching these young (talented!) riders enjoy the horses.  This would have been my dream come true as a child!  I’m going to list the results by horse:

Amy Lamberth also rode her horse Southern Snowman in the Prix Caprilli Intro level and came away with a 3rd place!
Carla Balderas rode Capricho in Best Spanish Walk and took a Top Five! Don Jacinto Benitez took 3rd place in the Best Dancing Horse Class with Whisky! Carlos Balderas (Carla’s dad) also rode El Rey and Lupe Jaramillo rode El Gato Volador in the Best Dancing Class and thrilled the crowds. Thanks to all of our friends who helped us make this show a success. Wow! Looking at this list, I remember just how exhausting that week was! Great job everyone!

The Rancho Godinez team had a great show this weekend at the Travis County Expo Center. The Central Texas Arabian Horse Club had their first open show of the season. This show is always lots of fun for the kids and a great practice for the horses.

Savannah Harrington rode Banbury Damascada and took 1st place in Hunter pleasure non-Arabians and Jr. Hunt Seat Equitation! These were both big classes. Carla Balderas rode Zena also and one 1st place in walk/trot hunt seat 12 and under and walk/trot equitation. Great job to the girls!

Anna Young rode Ganador in his first show ever. He (and Anna) were a bit nervous, but they looked awesome in the ring. Ganador took third place in the non-Arabian Hunter Pleasure and 4th place in Jr. Horse Hunter Pleasure. Just wait to see what they do at Pin Oak!

Special thanks to Pedro Toribio, Carlos Balderas, and Isaias Godinez for getting the horses ready. Thank you to Kim Harrington and Victoria Balderas for helping keep the riders in line. Great show! 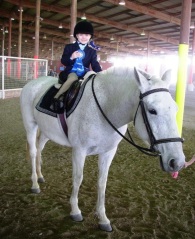